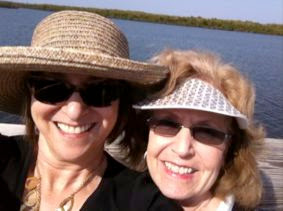 “Season” has come to an end. Today Sunfest begins in downtown West Palm Beach, a celebration of the “Season” being over, a time to party because the snowbirds have returned to the north. In recent years the mobs of people have made it feel less celebratory for me. I imagine many of them are in fact out-of-towners. And unfortunately, I’ve finally reached the age where most of the musical groups are foreign to me. The only group I’m eager to see is Earth, Wind, and Fire, and they won’t be performing until Sunday evening.

In truth, this past month I have been enjoying guests visiting from around the country – family and friends from New York, Chicago, Boston, and California. When my friend Ronna was here a couple of weeks ago, I took her to the Norton Museum of Art. She’s heard me talk about it a great deal in the past and was curious to see the museum I have proudly espoused. Not having been to the Norton in a few weeks, Ronna’s visit offered me the opportunity to see the latest exhibits, but first I showed her the Dale Chihuly room. Ronna was excited by the current exhibit of his fabulous glasswork and paintings in the Museum of Fine Art in Boston, and his ocean themed ceiling installation at the Norton was a treat for her.

Though she was impressed with the permanent collection and the Fabulous Fakes exhibit of jewelry designed by Kenneth Jay Lane, she had no desire to see the Egyptian Treasures. Instead we concentrated on exploring Altered States: Jose Alvarez, Yayoi Kusama, Fred Tomaselli and Leo Villareal which began on April 2 and runs through July 17, 2011. Made up of collages, paintings, and installations by this select group of artists, the exhibit offers a transformative experience. The psychedelic colors and peacock feathers used by Alvarez, the detailed works by Kusama, and the intriguing drug filled collages by Tomaselli transport the viewer to an altered perception of reality.

Two years ago when I was in Sydney, Australia I had the good fortune to see an exhibit of Kusama’s work. At the time I found her paintings interesting, but her installations were unforgettable. Mirrored rooms filled with tiny lights created a feeling of being in outer space and witnessing infinity. I hoped to someday see an exhibit of her work in Florida. The Norton show includes several of her paintings, but perhaps the most impressive piece is her sculpture of a standing, nude, Barbie doll-like figure with a brown wig and covered with polka dots.

The installation at the Norton is by Leo Villareal. “Firmament II” welcomes the viewer’s participation, and the Norton has helped by providing wide comfortable chaise lounges to recline on while one views the changing lights above. Fred Tomaselli is quoted as believing that “art is obligated to transport the viewer… to the sublime.” Villareal’s piece has the power to do just that. Ronna and I must have remained on the chaise for at least a half hour where together we were transported to the heavens.

Later we took a long walk at MacArthurs Beach State Park where I showed off the natural beauty of my chosen state, and Ronna took a picture of the two of us on the boardwalk leading to the beach.

Posted by Maxine Schreiber at 7:20 AM No comments: