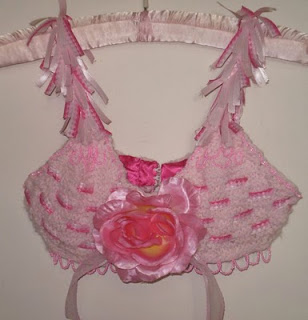 Happy Holidays! 2009 is almost over! Hard to believe that another year has come and in another week will be gone. It’s the end of the aughts and into the double digits of the 21st century. I wrote about New Year’s Resolutions for the Examiner, Bring art into your life. It made me think about my own resolutions and the role art plays in my life. I suppose the end of the year naturally brings up introspective thoughts about what one has accomplished in the past year and what one hopes or plans for the upcoming year.

This past year has been an extraordinary one for me. Early last winter I spent a month in New Zealand and Australia. It was a trip of a lifetime. One I still haven’t quite digested. In a small art museum in the seacoast town of Napier, I discovered an artist named Felix Kelly. The Napier museum had a one-man show of his work, Felix Kelly: A Kiwi at Brideshead.

The New Zealand-born artist died in 1994 at age 80 in England where he lived most of his adult life. Though he was a middle class New Zealander, his paintings of courtly houses appealed to the royals who adopted him as their own. His house portraits and cartoons were delightful, and I treated myself to a small print of a mansion overlooking a beach, which is now hanging on my living room wall. I loved his work and wanted to write about him but haven’t until now.

The aboriginal art in Australia also had an impact on me. The Art Gallery of New South Wales in Sydney had a huge exhibit of Contemporary Traditional Aboriginal Art. Mostly done in reds, yellows, and browns, the paintings are extremely abstract, yet almost every one tells a story. I didn’t purchase anything, but I think subliminally they affected me because recently I have been thinking a lot about painting abstracts, something I never thought I would do.

And that thought brings me to my own resolutions for the New Year. I have not been enjoying painting for a couple of months. I am very self-disciplined so I have continued to paint in spite of my lack of enthusiasm. Unfortunately, those close to me have let me know that the paintings reflect my state of mind. So I have decided to quit painting until I am once again inspired. Hopefully that won’t take another twenty years as it did in the past. In the meantime, I have much writing to do, and I am thinking about working three dimensionally. I have visions of colorful dreamcatchers in my mind, and I want to get my crayons out to manifest the abstracts I’m envisioning.

For now, I am having the most fun creating bras for Bra-Vo an exhibition and auction of art bras to help support the fight against breast cancer which the Lighthouse Center for the Arts is hosting from January 7 to February 11, 2010. The photo above is “Pretty in Pink” made of yarn, ribbons, satin, and beads, which I am dedicating to my mom, Anne K. Schreiber.